I am frozen in fear.

What if I make a mistake?  What if this turns out awful and I’ve wasted all of this time and effort?

What if I fail?

Nearly fifty-years-old, I’m still haunted by ‘what-ifs’—the crippling terror of being wrong—and I’m sick of it.  This is not the adventure I once dreamed of living.

My wife is out of town, and I’m hoping to surprise her with a freshly painted kitchen.  But so many colors … so many options.

I honestly thought I was past all of this, but here I stand in Lowe’s paint aisle, staring into color samples as if one holds the secret to survival, while all the others … doom, each slightly tinged with hues of familiar regret.

I stuff the paint samples back into their slots and head for the exit.  Why even risk it?

I am almost out the door when a familiar voice assaults me from some deep, untainted, hopeful place in the recesses of my soul.

“This is NOT how to make magic! Now get back in there and take a chance!”

I stop.  I pray no one notices my face grimacing and contorting like a madman wrestling with some invisible challenger he can’t choke into silence.

With Mickey Mouse’s playful, yet demanding voice ricocheting in my skull, I turn my shopping cart and head back into the store.

I can do this, and I will do it with a freedom I’d almost forgotten I possess.

That magic-hat-wearing mouse slaps me on the bottom and sends me back into the game of the life.

My wife and I run a small veterinary practice, and there’s one thing I’ve found to be true in business and life: stagnancy is an omen of impending decline.  If you’re not risking life, you’re embracing death.

Most businesses ultimately fail because they stop risking something new.  The mantras of “this is how we’ve always done it” and “we’ve never done it that way” have sunk more ships than all the torpedoes and icebergs combined.  But not just businesses.  The same is true of churches, schools … and the lives of countless individuals just like you who feel called to some adventure but remain shackled by the fear of failure.

Friends, hear me.  Have courage.  Take some risks.  But first, ask yourself one critical question.

If it doesn’t work out, can you get back to where you are now? 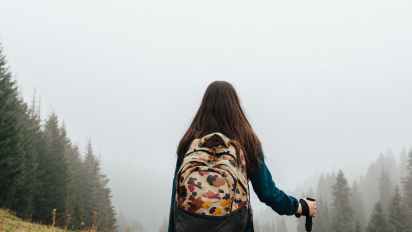 One of my favorite books is Creating Magic by former Disney World Executive VP, Lee Cockerell.  Cockerell’s book serves up a yeasty batch of insights from the decision makers behind the ears of the world’s most powerful mouse.  However, one brief passage changed my life:

There are two kinds of decisions in life: those that are reversible and those that aren’t.  If you’re on the fence […], ask yourself this question:  “Is this decision reversible or nonreversible?”  Doing this has helped give me the confidence to take risks; I lean toward saying yes to risks when the decision is reversible […].

And there it was, the key to the rest of my life—the freedom to fail.

Standing in the middle of Lowe’s, I was filled with anxiety over choosing the wrong paint.  So overwhelmed by hundreds of possible bad outcomes, I was ready to give up and make no choice at all.

“But what if Laura comes home and LOVES what you’ve done for her?”  Mickey challenged.

“But what if she hates it?” I pleaded.

“Then you can repaint it the same crappy, pale blue it is now,” Mickey argued.

And my mousy little friend was exactly right.

If it didn’t work out, I could always go back … a lesson I’ve proven time and time again.

My dear hearts, say this with me: “I can always come back to where I am now!”

Say it again. Doesn’t if feel good?  And true?  And life-giving? 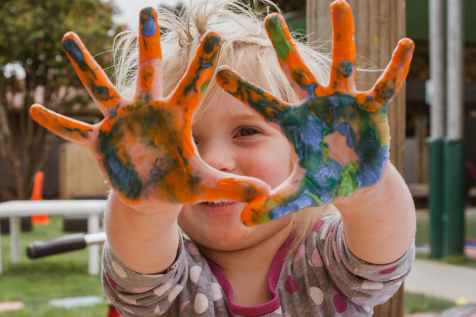 Disney has thrived for decades because Mickey Mouse isn’t afraid to test new waters.  If it fails, they punt.   Maybe they blow some time and money, but so what?  Sometimes those risks actually pay off, and that’s how Disney keeps creating a little magic for our otherwise mundane lives.

But friends, your life doesn’t have to be mundane.

You can create your own magic … if you only have the courage to take some risks.

In most cases, you’re already holding the key to that new adventure.  It’s a simple question:  If it doesn’t work out, can you return to where you are?

Nine times out of ten, you can.

So go for it.  Create some magic.

Meanwhile, I’ll be cheering you on while I’m writing my next book … and painting my kitchen.

***Please SHARE this and TAG some loved ones who need an encouraging nudge.

One thought on “Reclaim Your Life (…and be #FreeToFail)”