My family is rich with the world’s beauty.  Among my loved ones, you’ll find that Native America, Europe (East and West), Asia, Africa, Central and South America are all well represented.  And I LOVE that.

That’s why I was taken aback when Lin-Manuel Miranda called me out for my racism.  He didn’t realize it (he wouldn’t know me from any other subway stranger), but that’s exactly what he did.

The worst part?  He was right.

Last year, while visiting colleges with our daughter, we’d squeezed in a birthday surprise for her:  tickets to Hamilton.  Katie Jo was mesmerized by Miranda’s hit musical.  She knew the words to every song, note for note (including all the harmonies).  For months, she’d danced through the house belting out tunes about somebody’s only shot.  In the room where it happened.  Among people raising a glass to freedom while watching their world burn.

My wife thought it would be one of the most memorable gifts ever.  I reluctantly agreed.

But she was right.  It was a memorable gift.

To be honest, I had zero interest in the show.  As a lifelong student and teacher of history (and something of a purist), I was not only disinterested, but somewhat annoyed.  I’m fairly moderate (conservative on some things, liberal on others), but to me—the historian—the notion of people of color playing the parts of The Founding Fathers (and Mothers)—and through rap nonetheless—seemed gimmicky, revisionist, historically inaccurate, and just plain wrong.

Still, I tried to hide my prickliness for my daughter’s sake.

That’s what love does.

For miles and miles, we drove from college town to college town in my American-made, 4WD, Super Crew Ford F150, listening to the Hamilton soundtrack to “get ready for the show,” I was told.  For me, it felt like getting ready, all right.  Like taking punches in a sparring round before the big fight.

It only made my head hurt.

Then we finally made it to Chicago and attended the show.

And it knocked me out.

As the final notes spilled out into the theater, I found myself on my feet clapping.  I desperately wanted to cheer, but I couldn’t.  With tears streaming down my face, it took everything I had just to hold myself together.

What a beautiful gift.

This musical wasn’t revisionist history.  It was a story of life and passion and humanity.  It was about reminding this white, middle-class, American Christian (who considers himself a fairly progressive, open-minded, compassionate soul) how racism still lurks deep within us all.

I’d convinced myself I had no interest in Hamilton because of its gross historical inaccuracies.  However, after seeing it ….  Well, the show didn’t break me; but it shined a spotlight on a still-broken man who has a long way to go as OUR Founding Father continues to heal and restore me.

Everything about Hamilton was perfect in its epic portrayal of our ongoing human drama, overflowing with beauty, joy, and tragedy—the life we all share.  There’s no other way that story could be told with such dignity and grace. 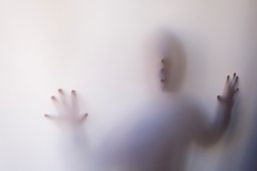 In that eternal spell of a few hours, I realized my sin wasn’t my inability to appreciate rap, hip-hop, or the way certain stories are told.  My depravity was revealed in my attitude that certain roles should only be filled by certain people.  Until seeing Hamilton, I’d remained blissfully unaware of that putrid attitude.

I think many Americans remain in that same ignorant bliss.

Just this morning I was reminded of this.  I happened across a Twitter debate over whether or not Idris Elba could/should portray James Bond.

When I first saw it, something was shaken (not stirred) deep within me.

I love James Bond movies.  Always have.  As—again—a purist, Sean Connery and Roger Moore will forever be my James Bonds (never mind that 007 creator, Ian Fleming, didn’t want the Scottish Connery playing the part of the British spy).  I’ve come to appreciate Daniel Craig’s portrayal of Bond for revealing new depths of a complicated, broken man, but only a handful of actors should get the chance to fill Bond’s tuxedo.

At the core, we all have predetermined notions about who deserves the right to fill certain roles.

Friends, when it comes to our racial hang-ups, we have a long way to go.  All of us.  And until you find the courage and humility to recognize your own brokenness, you’ll never experience the beautiful, excruciating, healing joy of standing in a room full of strangers, celebrating the human experience, but unable to cheer because your heart is being twisted up, wrung out, and reshaped into something better.

I doubt Mr. Miranda will ever read this, but if he does … my friend, thank you for inviting me into the room where it happened.

Please share this and keep the conversation going.  I’m grateful for our journey together, friends.  Be well.

9 thoughts on “When Lin-Manuel Miranda Called Me Racist”